The five books I have been reading and browsing through all summer have made me laugh, drool, jump for joy, almost buy a plane ticket, and have given me immense amounts of cooking inspiration. As the season changes we plan, make changes, and look toward the future with new and adventurous aspirations bubbling to the surface. These books will have you planning your next trip to Paris; discovering the unique cuisine of Europe's westernmost jewel, Portugal; mixing cocktails for your friends and family this coming Labor Day, and possibly contemplating a move to the Sonoma valley to organically farm fruits and vegetables. And if you are a student set on culinary stardom with Food Network dreams, you might want to re-think that unless you have the determination of a bull or Anthony Bourdain. Here are the picks I recommend you add to your fall reading list.

Which travel guide will you reach for on your next trip to Paris? If you're unsure buy The Sweet Life in Paris by David Lebovitz, it's all you'll ever need for navigating among the people of Paris. Chez Panisse pastry chef turned author turned blogger David Lebovitz shares his unique views about the city that enticed him to make his new home. With hilarious anecdotes that include some nudity, the book tells of his adventures in adapting to the culture of a rather unyielding people. Lebovitz recounts the first time he truly felt Parisian: it happened when he dressed properly in shirt and slacks to take out the garbage. As David explains, in Paris, the way you look and present yourself to others is key. You will learn to iron your kitchen towels; eat your banana with fork and knife; and that the entrée is actually the appetizer, not the main course; among many other lessons to help you, the unsuspecting American, blend into Parisian society. According to Lebovitz, the worst part about Paris is horrible coffee and that people cutting in line is expected, but can be prevented with special tactics sometimes just short of tackling. Lebovitz's account of the sweet yet sometimes tart life will have you laughing, nodding in agreement, and scratching your head, most likely all at the same time. This book is well worth reading before any trip to Paris or just for the fun of it. 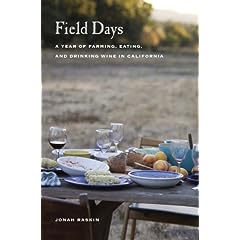 In his pseudo-memoir Field Days, university professor Jonah Raskin chronicles a year spent traveling through Sonoma’s amazing farmlands and talking and working with local farmers, day laborers, and organic-farming advocates. With eloquent prose, Raskin recalls stories from his own past of moving with his parents from Long Island to California, praises how farming has evolved today, and laments how urban sprawl and DDT usage has ruined much of the land. He romanticizes the young farmers of today who move out to Sonoma from the East Coast and set up farms rented from landlords to experiment with growing everything from vegetables to marijuana. Modest and little-known organic farmers, winemakers, and chefs are brought to light, such as farmer Warren Weber and chef John McReynolds. Raskin calls Weber one of the leaders in the organic movement and McReynolds, a Keller-like figure who avoids today's culinary limelight. These people are the backbone of Sonoma, a county that has always been known as a fertile, bounteous land since American Indians first tamed the region. Not only for the eco-conscious, this book is for those who appreciate the long-fought history of the organic movement, the rising focus on local ingredients, and farmers who care for the land in a way that speaks volumes in the produce sold at markets. 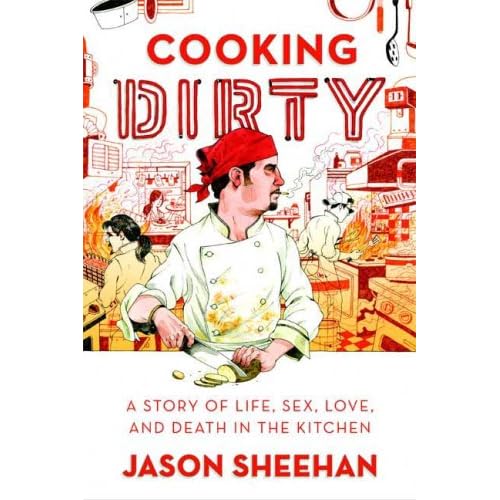 In the vein of Kitchen Confidential, food writer and former cook Jason Sheehan, gives us Cooking Dirty, his story of cooking dangerously on the line. Not your four-star, champagne and foie gras-laden memoir, this is the real stuff of what it means to be a chef. Sheehan does not transfigure the kitchen into a manicured space of Michelin-star beauty, but tells it as it really is: a well-worn machine; a metal box of heat, steam, fire, meat, and sharp instruments. The kitchens of his former jobs are all battlefields where only the fittest survive. Sheehan begins the book by describing his start at the tender age of fifteen, working at a small pizzeria scraping and washing baking trays and mopping floors. That begins a long career of jumping from restaurant to restaurant, braving anything that's thrown at him, even illness and unemployment. A despondent Sheehan, urged by the insistence of his then girlfriend now wife, tries his hand at writing and finds a job at a small newspaper, eventually leading him to become the anonymous food critic for Denver's Westword, and to winning a James Beard Award for food criticism in 2003. What a jump! This book is an exciting read for those who want to know what it's truly like behind the kitchen doors. And as Sheehan describes, in colorful language and cook's slang, it's not glitz and glamour, but blood and guts. 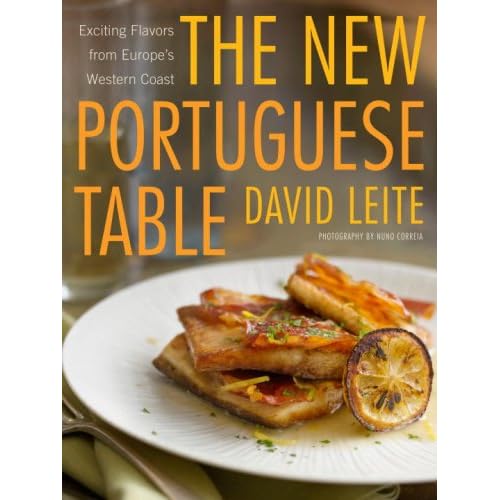 David Leite's New Portuguese Table, the cookbook I've been waiting for all year, does not disappoint. It is a primer for the oft overlooked cuisine of Portugal and a jewel box of information with background on the eleven regions and a glossary of necessary ingredients. Its recipes marry the old and weathered traditions of Portugal's past with the new cuisine that is Portugal today. David Leite, James Beard Award—winning writer and publisher of the site LeitesCulianria.com, began his journey into Portuguese cuisine first by being born to a Portuguese family whose lives centered around food, and second by realizing that if he didn't do something about it, the recipes of his grandmother would be lost. Leite traveled throughout Portugal attempting to re-experience the food he had grown up with, but in the end discovered that Portugal had changed and adapted its cuisine. The people Leite met along the way, from restaurateurs to chefs, helped inform his research, allowing him to present Portugal's cuisine in a broad new light. The collected recipes not only hint at old Portugal but present a new Portugal that is embracing fusion cuisine. With recipes such as salt cod fritters, cilantro bread soup, and braised beef shanks, among many others, this cookbook truly delivers fun, exciting, and accessible cuisine to an American public that is just beginning to discover what a little country like Portugal has to offer.

With a title like Mix Shake Stir, you know this book is just the one to have for aspiring bartenders and entertaining hosts and hostesses alike. It’s full of recipes for cocktails from New York restaurateur Danny Meyer's Union Square Hospitality Group (Union Square Cafe, Gramercy Tavern, Eleven Madison Park, The Modern, etc.) and features a guide for the necessary bar tools along with simple instruction for using ingredients and techniques properly. In his foreword, Meyer reveals that cocktails were not his focus when he first opened his restaurants, possibly due to the fact that the cocktails his parents drank were far from inspiring, but now he realizes that cocktails are as much of an extension of the food as is wine. In creating cocktails for the restaurants, the bartenders and chefs keep a dialog and are constantly inspired by one another. With the freshest products at their fingertips, Meyer's bartenders invent drinks that celebrate the ingredients. Many of these drink recipes are signatures at these establishments. This book brings together the classic cocktails such as the old-fashioned, negroni, and mojito and ones called new classics like the pomegranate gimlet and cherry blossom sling, among countless other appetizing cocktails. And a section on mouthwatering bar fare does not leave you drunk and empty stomached. This book is an indispensable addition to anyone’s home bar.
Labels: book reviews